An Enduring Icon for Over 70 Years

The Bandanna Company: Some of America’s most iconic pictures feature bandannas. From Rosie the Riveter to the classic American cowboy, these simple, square pieces of fabric have become an American symbol.

From their use as mouth covering while herding buffalo to a hanky, used to wipe a child’s tear, this national symbol has touched almost everyone’s life at some point.

Bandannas history in America is full of diversity, much like our heritage. Their early use included a face covering for the British Red Coats as they fought the American soldiers.

It was also used as a peace offering between the Native Americans and early colonists. Their popularity grew exponentially in the 1950’s as they became the token symbol of Western movies, Zorro, and cowboys everywhere.

Based in Greenville, SC, The Bandanna Company has continued to evolve through the years, with a variety of bandanna colors and patterns emerging from hot pinks to licensed prints, covering the fashion spectrum. Since our predecessor’s founding in 1946 to today, bandannas are as fashionable as they are useful, with a range of uses from campy necessity to decorative headscarf. 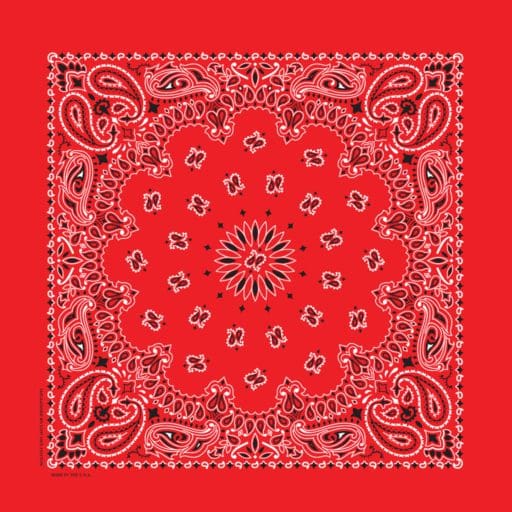 Wholesale customers only.
Please complete a New Customer Application to get approved and establish an account.
Existing accounts, call to order or download an order form.